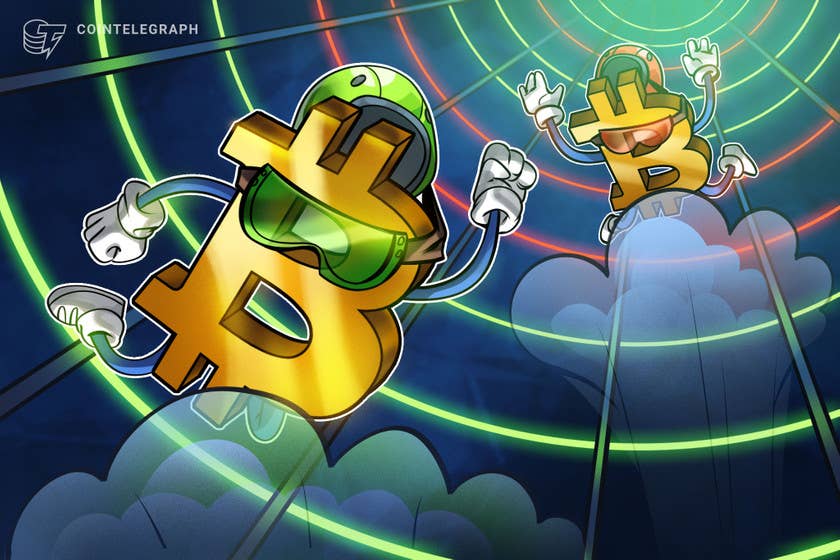 Bitcoin’s steady climb toward new highs is bringing about the usual breakout from legacy altcoins like LTC, BCH and XLM.

Bitcoin (BTC) has been the uncontested cryptocurrency market leader since its creator launched the digital asset in 2009 and to date, it continues to be the dominant force in the industry.

This truth was put on display on Sep. 6 when BTC price rose to the $52,000 level and ignited a market-wide rally that lifted the price of small- and large-cap altcoins.

When Bitcoin rallies, most of the legacy coins like Litecoin, Bitcoin Cash, XRP and Stellar tend to move in tandem. Now that BTC looks ready to test new highs, let’s take a look at how the so-called ‘dinosaur tokens’ are doing.

Litecoin (LTC) has often been touted as the silver to Bitcoin’s gold because its faster protocol was partially modeled after the top crypto, but modified to increase the token supply and block time.

One notable modification to the blockchain over the past few years was the addition of Mimblewimble technology to help increase user privacy and network scalability.

Data from Cointelegraph Markets Pro and TradingView shows that since hitting a low near $165 on Aug. 31, the price of LTC increased 41% to a daily high of $233 on Sep. 6 as the market-wide momentum from Bitcoin’s recovery to $52,000 brought life to the market.

It now remains to be seen if Litecoin can capitalize on this spike in momentum and continue to climb higher on its own merits or if the price will have to wait for further upside from BTC.

Bitcoin Cash (BCH) is probably the most successful hard fork of the Bitcoin protocol that emerged out of the 2017 to 2018 bull cycle and some would say it maintains a decent following to this day.

Data from Cointelegraph Markets Pro and TradingView shows that Bitcoin Cash’s response to the BTC recovery was muted in comparison to Litecoin, but its price still managed to increase from a low of $617 on Aug. 31 to a daily high at $806 on Sep. 6, an increase of 30%.

The recent price action for BCH resulted in the formation of a bullish cup and handle pattern as shown in a tweet from Twitter analyst Alex Clay and Monday’s price move suggests that the price could break out from these levels and head higher.

Bull if flips above s/r horizontal (also neckline of the pattern.) pic.twitter.com/KeBh8V5Jtb

Stellar (XLM) is a 2017-era project that arose after co-founder Jed McCaleb left Ripple in 2013 due to disagreements about the future direction of the company. Stellar had a similar design and circulating supply as the Ripple project when first released, but has since diverged to its own path of development.

The network has now become one of the top choices for companies and governments exploring the idea of launching protocols on its low-cost and scalable platform. These features make it a suitable candidate for hosting stablecoins and central bank digital currencies.

VORTECS™ data from Cointelegraph Markets Pro began to detect a bullish outlook for XLM on Aug. 31, prior to the recent price rise.

The VORTECS™ Score, exclusive to Cointelegraph, is an algorithmic comparison of historic and current market conditions derived from a combination of data points including market sentiment, trading volume, recent price movements and Twitter activity.

As seen in the chart above, the VORTECS™ Score for XLM climbed into the green zone on Aug. 30 and reached a high of 74 on Aug. 31, around 16 hours before its price increased by 29% over the next five days.

The views and opinions expressed here are solely those of the author and do not necessarily reflect the views of Cointelegraph.com. Every investment and trading move involves risk, you should conduct your own research when making a decision.