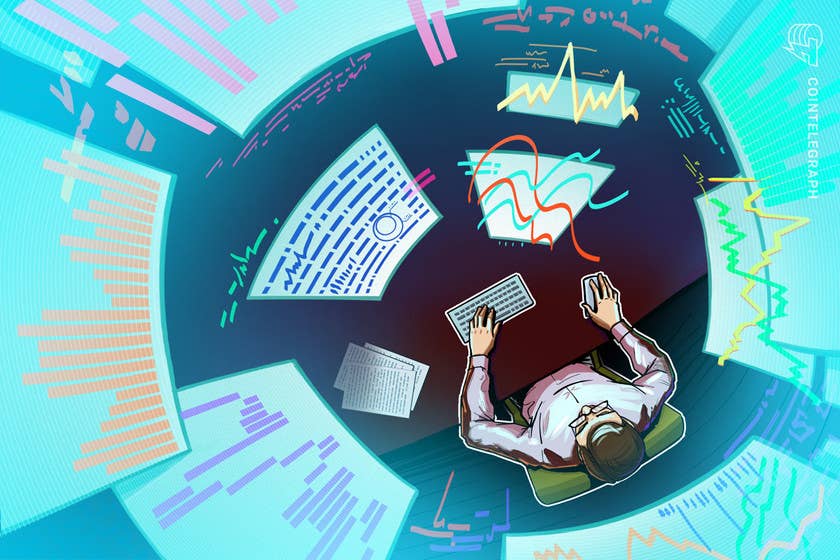 The bullish setup has appeared after MSTR’s increasingly positive correlation with Bitcoin, the flagship cryptocurrency that has surged 339% year-on-year and is now struggling to close above $50,000.

MicroStrategy’s stock, MSTR, is preparing to undergo a massive bull run in the sessions ahead.

So shows a technical setup, dubbed inverse head and shoulder, that has a history of predicting upside moves with an accuracy of 83.44%, as per Samurai Trading Academy’s research. MSTR appears to have formed a similar bullish structure, as shared by independent market analyst Bob Loukas.

In detail, an inverse head and shoulder (IH&S) is when the price forms three troughs in a row, with the middle one (head) deeper than the other two (shoulders). Meanwhile, all the troughs hang by a price ceiling (neckline).

Traditional chartists consider IH&S as bullish if the price breaks above the neckline with higher volumes. In doing so, the price expects to rise by as much as the distance between the middle trough’s bottom and neckline.

Applying the classic definition to the MSTR chart, the next profit target for the stock appears near $1,478, almost twice the current bid range.

Is MSTR a shortcut to gain Bitcoin exposure?

The upside outlook for MSTR appears as it continues to stay positively correlated to Bitcoin (BTC), a highly volatile cryptocurrency propagated as “digital gold” by its hardcore enthusiasts.

MicroStrategy owns 105,085 BTC worth around $5.23 billion as Bitcoin’s price returns to $50,000. In fact, the Nasdaq-listed company’s exposure to Bitcoin has made MSTR a quasi-proxy for the flagship cryptocurrency.

MSTR has gained momentum, especially amid aggressive traders — those with a higher appetite for risks — with its year-to-date returns now at 65.21%.

But MSTR and BTC/USD showed signs of decoupling after June. In the period, the MicroStrategy stock limited its downside moves against a comparatively aggressive bearish trend in the Bitcoin market. Financial analyst Alexander J Poulos spotted the deviation, noting that it could have been due to Capital Group’s investment in MicroStrategy.

In June, the United States-based financial services company, which runs the American Funds family of mutual funds, bought a 12.2% stake in MicroStrategy. Poulos stressed that Capital Group’s $600-million investment was an indirect way for it to gain exposure to Bitcoin.

“With the SEC not approving a pure-play BTC ETF [exchange-traded fund], MSTR will continue to serve as a proxy for fund families,” he said, adding:

“The move by the Capital Group is not an outlier. I expect others to initiate or add to their existing positions.”

MicroStrategy has amassed heavy debts to purchase Bitcoin. Therefore, considering it could sell its crypto holdings to respect its financial commitment to bond investors could be a potentially negative event for MSTR.

In his SeekingAlpha op-ed, Joshua Sorto, the staff accountant at MNCPA, wrote that MicroStrategy could easily pay back the debt on its first $650-million convertible note — MSTR is already trading above $517 to convert notes into shares that do not require MicroStrategy to sell the Bitcoin inventory.

But the second convertible note has a conversion rate benchmark set at $1,432.46. That said, MicroStrategy would need to have tripled its market valuation by 2027, which means MSTR would need to rise over 100% before the bond’s maturity.

“In order for MSTR to do that, the analytics business will have to produce cash flows of $125 million per quarter; at the moment, it’s running at less than half that level,” Sorto said while referring to MicroStrategy’s second-quarter earnings.

The third note is not convertible. MicroStrategy has bought 13,005 BTC with nearly half a billion dollars worth of proceeds. So, whether or not the firm will pay off its debt depends majorly on Bitcoin’s performance until 2026.

In its filings with the U.S. Security and Exchange Commission, MicroStrategy revealed a total of 49 risks, 47% of which concerns finance and corporates. Also, the risk tally comes to be higher than the S&P Average of 31.

Poulos admitted that he is bullish on Bitcoin in the coming years, which, in extension, means he is also bullish on MicroStrategy. Sorto also expressed a similar outlook, noting that MSTR’s association with a booming Bitcoin industry would have the stock retain its upside outlook long term.

“There are no storm clouds on the horizon, but a few clouds in the distance are worth monitoring,” Sorto wrote.

The views and opinions expressed here are solely those of the author and do not necessarily reflect the views of Cointelegraph.com. Every investment and trading move involves risk, you should conduct your own research when making a decision.