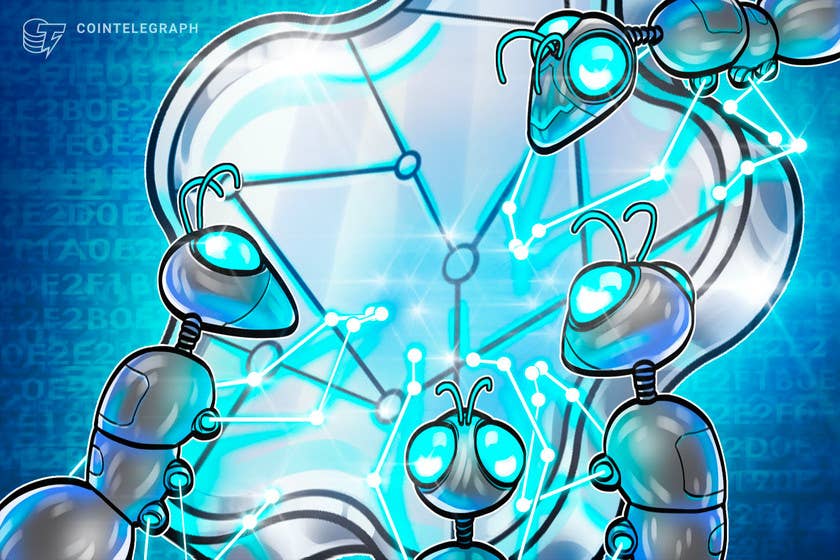 People on Twitter were accusing Pranksy of wash trading a CryptoPunk NFT, Dolce & Gabbana is auctioning luxury NFTs to “approved bidders” and FTX was spammed with tokenized fish.

Dolce & Gabbana knocking on the Dior of NFTs

Luxury Italian fashion house Dolce & Gabbana is entering the NFT sector with a nine-piece collection of tokenized fashion pieces in collaboration with the Polygon-based UNXD marketplace.

The firm was founded by designers Domenico Dolce and Stefano Gabbana in 1985 and has since evolved into a multinational giant that offers high-end fashion items for eye-watering prices.

Dubbed “Collezione Genesi” the collection consists of nine one-of-one NFTs that are up for auction starting Sept. 20. The NFTs depict illustrations and digital art of garments designed by Dolce and Gabbana, which can be utilized as wearables in an unspecified metaverse.

Ordinary NFT fans won’t be able to ape into this one as the firm is only allowing “approved bidders” to participate in the exclusive auction. The firm tweeted on Sept. 7:

“This is a celebration of human artistry and craftsmanship. Of what humans can do that machines simply cannot on their own. These creations, both digital and physical, are magical. They took thousands upon thousands of hours to craft. They will 100% end up in a museum one day.”

While details are sparse at the time of publication, the firm has hinted at long-term ambitions in the NFT space after stating that it will unveil an “exciting roadmap” next week.

“As with all successful NFT projects, this debut collection is not where the story ends, but where it truly begins. Winning collectors/hodlers can also be assured there will be more exclusive surprises for them in the future,” the firm said.

There were reports this week that well known NFT whale Pranksy held a CryptoPunk NFT for just 26 minutes before selling for a $1.23 million profit.

Web Smith, a writer for online publication 2PMinc highlighted the half hour NFT trade via Twitter on Sept. 6 and noted that:

“If you went to school to specialize in wealth management or finance, you are likely paralyzed by this moment in time.”

The NFT in question is CryptoPunk 6275 which depicts a green zombie with a mohawk. Its transaction history shows that Pranksy bought the NFT for 1,000 Ethereum (ETH) worth $3.89 million on Sept.4.

Smith’s claim that the CryptoPunk was held for 26 minutes appears to be mistaken, as the transaction data shows that Pranksy held the NFT for six hours before selling it for $5.12 million later that day.

In response to Smith’s post, various users accused it of being a wash trade to pump the price of the asset. CoinGeek founder Calvin Ayre — who thinks everything is a scam and is rich enough to make defamatory accusations without any evidence — questioned whether it was “to manipulate the market or launder money, or both… that is the only real question.”

Pranksy himself posted about the trade via Twitter on Sept. 5, and emphasized that liquidity is key when dealing with NFTs:

Japanese e-commerce giant Rakuten is set to launch an NFT marketplace in the spring of 2022.

The Rakuten NFT marketplace will follow a similar route to Jack Ma’s Alibaba-based NFT platform, as it is aimed at enabling IP holders to sell their tokenized content from categories such as sports, entertainment, music and anime.

Along with ecommerce, Rakuten also provides services in sectors such as fintech, telecommunications and entertainment. The firm has stated that the new NFT marketplace will be linked to its other services, with users being able to acquire NFTs as prizes or rewards related to other products and services. There are also plans to enable users to redeem Rakuten points when trading on its NFT marketplace.

Rakuten is no stranger to crypto and blockchain tech, and Cointelegraph reported in March that the firm integrated its digital wallet with its e-commerce platform to enable customers to use Bitcoin for online shopping payments.

Following the launch of FTX’s new NFT marketplace, the platform was spammed with so many pictures of fish that it temporarily changed its NFT submission fee to $500.

Founder and multi-billionaire Sam Bankman-Fried tweeted on Sept. 6 that ”due to the massive number of submissions, too many of which were just a picture of a fish, we are now charging a one-time $500 fee to submit NFTs.”

In response to the move, a significant number of users pointed out that the expensive fee structure will deter people from using the platform while highlighting that there are cheaper alternatives on the market.

Now @SBF_FTX will make some massive purchases in his NFT exchange to make everyone think there is the real drama but it would still flop with a 500$ fee sir.

It appears that Bankman-Fried was responsive to the concerns of the community, and revealed on Twitter that the platform removed the $500 fee, and instead will charge a flat $10 per minted NFT.

Hopefully this reduces (fish-related) spam while also making it affordable.https://t.co/2AO4Aqvn6uhttps://t.co/EltmbY80O6https://t.co/itnTL79InZ

In rare NFT FUD, the NFL has reportedly barred all teams and members from crypto-related sponsorships and advertisements, as well as nonfungible token (NFT) sales until the league establishes a strategy “for sports digital trading cards and art.”