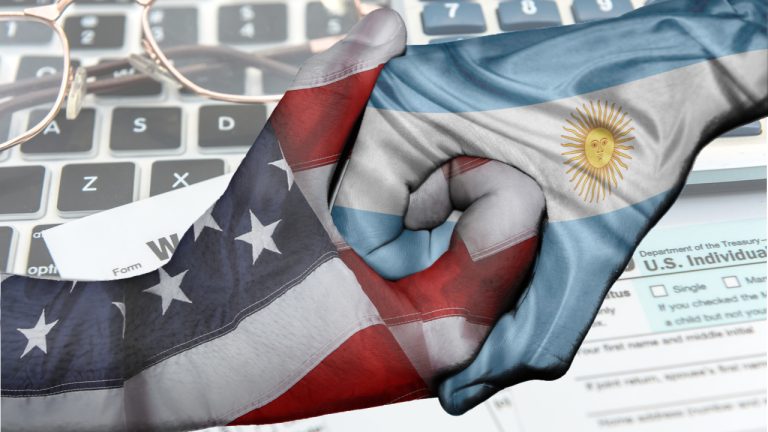 The government of Argentina has signed a data sharing agreement with the U.S. to enhance the cooperation of the countries in the tax arena. The agreement, which was signed by Sergio Massa, minister of economy of Argentina, and U.S. ambassador Marc Stanley, will allow the Argentine national tax authority to receive information from accounts and trust beneficiaries of Argentines in the U.S.

The government of Argentina has signed an automatic tax data sharing agreement with the U.S. that will allow the national tax authority to receive data from accounts and societies managed by Argentine nationals offshore. The agreement, signed on Dec. 5 by the minister of economy, Sergio Massa, and the United States ambassador to Argentina, Marc Stanley, implies a substantial increase in the volume of data that will be shared between the Argentine tax authority (AFIP) and the Internal Revenue Service (IRS).

While the two countries had already signed a similar agreement in 2017 as part of the Foreign Account Tax Compliance Act (FATCA), it had a different operational approach, and information sharing was managed on a case-by-case basis. Massa stated that due to these limits, they managed to receive information from only 68 citizens this year.

The tax regulators from both countries will have to convene systems to share this data, which will include joint databases as part of the protocol to follow.

About the new system, Massa stated:

It’s a massive deal. It will include information on Argentine citizens who have signed their declaration of foreigners at the time of depositing their money in an account in the US and who have done so per se as individuals, and as part of companies or trusts.

Furthermore, Massa clarified that earnings products of trusts or societies will also be reported as part of this agreement.

Massa aims to complement the agreement, which goes into force on Jan. 1, with new regulations to allow citizens to move their assets and funds legally to other countries, but that also punish money laundering and capital flight.

On the objective of this new law, Massa explained:

We want to break the idea of this being seen as a witch hunt … the AFIP is going to look for those who did not pay, to reduce the burden on those who pay taxes every day.

A bill proposed in April in the Argentine senate also called for taxation of undeclared goods that Argentine citizens held offshore, to pay part of the debt the country has with the International Monetary Fund. That same month, the head of the AFIP, Mercedes Marco del Pont, called for the creation of a global system to register the holdings of electronic money and cryptocurrency. The supposed objective being to prevent tax evasion.

What do you think about the tax data sharing agreement signed between Argentina and the U.S.? Tell us in the comments section below.